Long Memories: A Legacy, and Donation to the Annual Fund 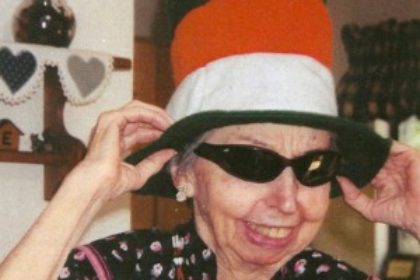 In early June, the School Nutrition Foundation received a generous donation from someone who had never donated to SNF before – Mr. William “Bill” Kuster from Lafayette, Colorado. When we reached out to Mr. Kuster to thank him, we learned about his interesting and lovely connection to the school nutrition community.

Bill’s stepmother, Jennie Mae Trigg Kuster, was in charge of the school lunch program for the city of South Bend, Indiana from the 1960’s to the 1980’s and a member of what was, at the time, the American School Food Services Association (ASFSA).

Bill met Jennie when he was only two years old, living in an apartment building in Valparaiso, Indiana. Jennie lived across the hall from his family and, so the story goes, one day Bill wandered across the hall into Jennie’s open door. She painted his fingernails and applied some other “girly accoutrements” to Bill before taking him home. This silly encounter, led Jennie to become a good friend of the family and remained so even after they moved out of the apartment building. Eventually, Jennie moved to South Bend, Indiana where she worked her way up to the position of head of the South Bend school lunch program. During her time in South Bend, she joined the American School Food Services Association.

Bill, his father and mother moved to southeast Missouri in 1961 and stayed in contact with Jennie, although they saw her less often than before. Twenty years later, Bill’s mother passed away. About a year later, his father started seeing Jennie on a more regular basis. In 1983, they were married in South Bend where Bill was his father’s best man and Jennie became his stepmother!

After marrying Bill’s father, Jennie left Indiana and her job, but she never forgot about her passion for the school nutrition field. Jennie was a strong advocate of ASFSA and before she died, she asked Bill to donate a portion of the inheritance she was to give him to her association.

Bill informed us, “Jennie proceeded my father in death, and he received all of her estate. When he died at 102, I set out to keep the promise I made to Jennie.  I looked up ASFSA by Google search and found it had become the School Nutrition Association (SNA). I then found the School Nutrition Foundation (SNF) website location for donations.” Bill also stated, “Jennie passed at the age of 91 but never forgot about her career. I made this donation as a way of remembering her and her contributions to food service during her career.”

We are incredibly moved by this generous donation and sincere act of kindness. During these uncertain times, we all could use a bit of good news. We thank Bill and his family for their dedication to finding us, honoring his stepmother’s wishes, and overall memory and fondness of the school nutrition field. SNF wants America to know that SN operators have joined the frontline with other first responders and need their own unique assistance in feeding the millions of children who are out of school during COVID-19.  The work you set out to do, and accomplish every day, as school food service professionals is incredible. We are excited to have this donation go towards the benefits that SNF provides its members so other school nutrition professionals can achieve their educational dreams, and leave a lasting legacy on the school nutrition field… Just as Jennie Kuster did.

What you can read next 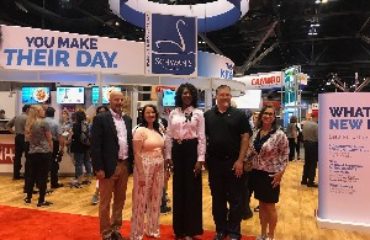 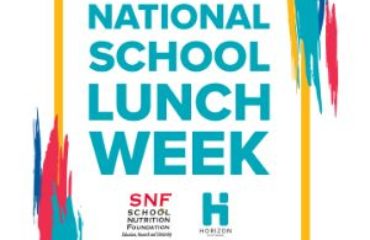 SNF’s Ambassador Program is “Putting the FUN in Fundraising!”

GET A FREE QUOTE

Please fill this for and we'll get back to you as soon as possible!

TOP
We use cookies on our website to give you the most relevant experience by remembering your preferences and repeat visits. By clicking “Accept”, you consent to the use of ALL the cookies.
Cookie settingsACCEPT
Manage consent

This website uses cookies to improve your experience while you navigate through the website. Out of these, the cookies that are categorized as necessary are stored on your browser as they are essential for the working of basic functionalities of the website. We also use third-party cookies that help us analyze and understand how you use this website. These cookies will be stored in your browser only with your consent. You also have the option to opt-out of these cookies. But opting out of some of these cookies may affect your browsing experience.
Necessary Always Enabled
Necessary cookies are absolutely essential for the website to function properly. This category only includes cookies that ensures basic functionalities and security features of the website. These cookies do not store any personal information.
Non-necessary
Any cookies that may not be particularly necessary for the website to function and is used specifically to collect user personal data via analytics, ads, other embedded contents are termed as non-necessary cookies. It is mandatory to procure user consent prior to running these cookies on your website.
SAVE & ACCEPT