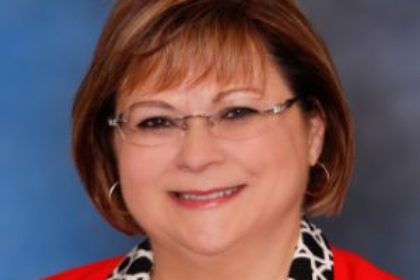 This interview was conducted in 2015 with then SNA Vice-President-elect Gay Anderson, and originally published at the Beyond Breakfast blog. Anderson is currently serving as School Nutrition Association president.

Gay Anderson, foodservice director of the Brandon Valley School District in South Dakota, admits that she fell into school nutrition by accident, but after thirteen years as a school nutrition professional she can’t think of a happier—or more fortuitous—accident.

“We were moving from North to South Dakota, and I sent an email to check with the school district to see if they had an opening in management, and the director had just resigned,” recalled Anderson. “I wasn’t looking for anything serious—I would have stayed home otherwise!—but here I am, and I love school foodservice.”

With the help of an SNF scholarship Anderson recently completed her four-year degree in business management through the University of Sioux Falls. Fast-tracking through a degree completion program, Gay was able to complete all the necessary credits in about 2.5 years by taking most of her classes online. Her scholarship helped her offset the costs of her first year in school.

“I learned about the scholarship through SNA. I had been a state president, and I’d heard about [the scholarships], so when I decided to go back to school I thought it was something worth checking out,” explained Gay. “I applied and completed the paperwork but thought, ‘Fat chance! Other people are applying, they need it more than me’—I even thought maybe I filled out the application wrong!—but in the end they called to tell me I had the scholarship and it was just so exciting.”

“I would have applied again, but I wasn’t eligible. [Ed. note: Anderson was then serving on the SNA board, making her ineligible for further scholarships.] It meant so much to me when I qualified for that scholarship and got that help—SNA is amazing.”

Of course Anderson can’t help but acknowledge another piece of irony when it comes to her membership and involvement in SNA. When she first got into school foodservice her former boss recommended she attend an SNA meeting, but Anderson was more than a little hesitant.

“I always feel so guilty about saying this because I’m so passionate about SNA, but … I was never an ‘organization’ type person—I never wanted to go to any meetings! And I’ll tell you what—I’ve shared this openly in the past—I grudgingly drove to that first meeting wondering, ‘What am I going to get out of this?’ but you know what? I was hooked! I joined [SNA] that night!”

Today Anderson is passionate about SNA. Within several years of joining she moved through the process to become president of South Dakota SNA, and she’s currently running for SNA Vice-President. Gay credits the organization with giving her opportunities to grow, succeed, and achieve.

“I would not be in the position I am today without SNA,” said Anderson. “My district, I think we’re kind of ‘a step ahead’ and we like to try new things, and I think part of that is because I’ve learned so much from my peers around the country.”

“The best part of SNA is that we share the good, the bad, and the ugly,” continued Gay. “We share our successes, and we also share our failures so that others won’t fail—so they can grow from that [experience], or tweak something to make it work for them. It’s a camaraderie thing, and it’s a natural high—you come back from conferences [and meetings] ready to go, ready to set the world on fire!”

Gay’s message to fellow SNA members is simple: If you believe in yourself, you can make a difference.

“Going back to school and fulfilling that dream of mine, in my 50s—to know that I can dream it, I can achieve it, and part of that achievement came from SNA’s and SNF’s help along the way,” said Anderson. “I was so glad that I did it when I did it. I think I put more [effort] into [school] now because of my age, and I’m so humbled by all the help SNA and SNF have given me along the way.”

What you can read next 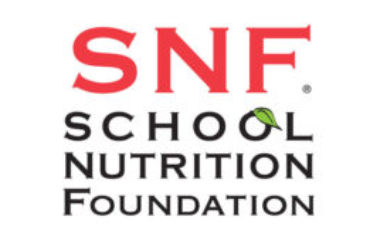 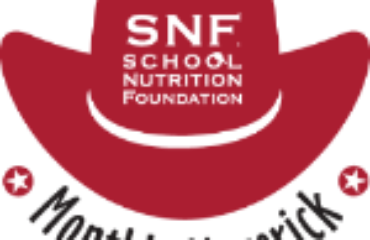 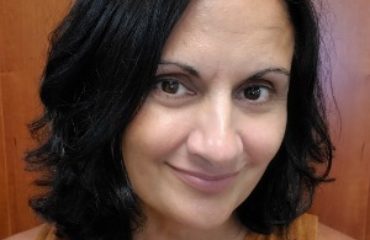 GET A FREE QUOTE

Please fill this for and we'll get back to you as soon as possible!

TOP
We use cookies on our website to give you the most relevant experience by remembering your preferences and repeat visits. By clicking “Accept”, you consent to the use of ALL the cookies.
Cookie settingsACCEPT
Manage consent

This website uses cookies to improve your experience while you navigate through the website. Out of these, the cookies that are categorized as necessary are stored on your browser as they are essential for the working of basic functionalities of the website. We also use third-party cookies that help us analyze and understand how you use this website. These cookies will be stored in your browser only with your consent. You also have the option to opt-out of these cookies. But opting out of some of these cookies may affect your browsing experience.
Necessary Always Enabled
Necessary cookies are absolutely essential for the website to function properly. This category only includes cookies that ensures basic functionalities and security features of the website. These cookies do not store any personal information.
Non-necessary
Any cookies that may not be particularly necessary for the website to function and is used specifically to collect user personal data via analytics, ads, other embedded contents are termed as non-necessary cookies. It is mandatory to procure user consent prior to running these cookies on your website.
SAVE & ACCEPT